Sheffield, also known as “The Steel City,” was well known for its successful industry in the early 1900s, and continues to be an innovational area to this day, but with far less smoke and a whole lot more greenery.

Sheffield’s spectacular modern cityscape is nestled in the Eastern foothills of the Pennines and is reportedly the greenest city in Europe, with an estimated 4.5 million trees and containing over 250 parks, gardens, and woodlands.

The third-largest English district by population, Sheffield has seen extensive redevelopment over the last century, with its gross value (GVA) having increased by 60% since 1997. Needless to say, this city is definitely ‘going places’ 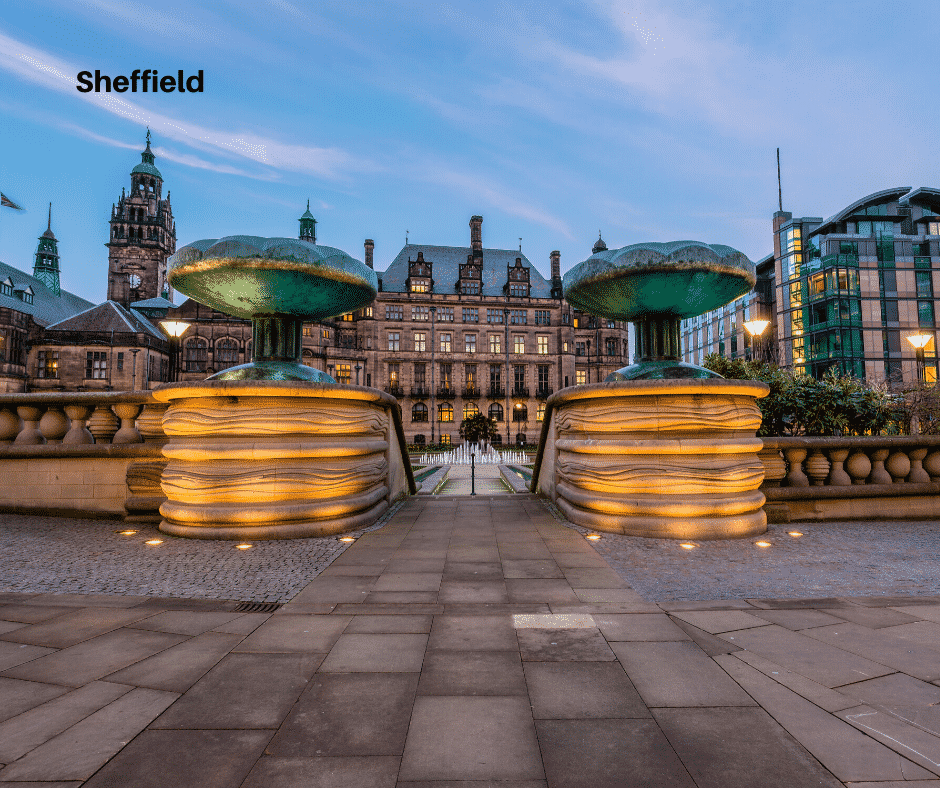