We have saved a total of for our clients
Just £19.95
Add to basket

Deed of Release of Security

Templates / Deed of Release of Security

Our Deed of Release of Security template: 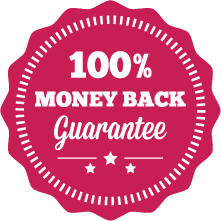 How Does It Work?

This is our Deed of Release of Security template. This template is for use where there is an existing security agreement given by a borrower to a lender and now it is to be released. It assumes the borrower has repaid the previous debt in full, together with any interest and costs and there is nothing more owing.

This Deed of Release of Security template incorporates various options. It assumes the borrower you are releasing is a company. However, if need be you can quickly adapt it to suit any other type of party. For example, an individual or a partnership. You can used it for releasing any type of security and thus having a note of the formal release where necessary.

You can also use it to release security in part, by specifying which assets are being released.

If you need to create further fresh security, then have a look at our:

Clauses in this Deed of Release of Security

Here we have provided a preview of the main parts of the guide that accompanies the template, so you have a better idea of its contents before you purchase it.

Date – Insert just the year at this stage. Handwrite the rest of the date in the agreement once all the parties have signed it.

Party clauses – You will need to insert the names and addresses and other relevant details of party 1 (the lender) and party 2 (the borrower). If either party is not a company but is an individual, then replace the wording for it as applicable. So use the format:

(A) This refers to the release of the security. Therefore no details need altering here.

Numbered clauses in this Deed of Release of Security

This clause defines the main terms used in the agreement. For the definition of “Security Document”, fill in the description of the security document that is being released and the date on it. If the document is to release more than one security document at the same time, then list the others here too.

If further actions are needed in the future to release the security or return any property to the Company that the Deed is intended to release, then this clause states the Lender will do what is needed.

Under this clause, the Company will pay the Lender’s costs incurred relating to this release.

As the parties are signing the agreement as a deed, this clause provides that you can have sufficient prints of it signed by each party separately and held by the other parties if you wish (i.e. they don’t all have to sign the same physical print).

There are a couple of other standard clauses to make it all work – the guide explains about them. (You will receive the full guide when you buy the template.)

This clause makes the agreement enforceable. The guide explains exactly how to sign the document validly as a deed.

For more about the use of deeds, see Wikipedia.