Why Bother Making a Will? Part 2

Recently we came across another real example of why you should make a will sooner rather than later. Naturally, we’ve anonymised this story.

The situation was that Jack and Jill had married. Jill had children from a previous marriage. The children were now all adults, so no longer counted as being her dependents. Jill had not made a will. Sadly, she had developed dementia and no longer had the capacity to make a will for herself. However, she had made a Lasting Power of Attorney before she lost mental capacity.

We were asked if, acting under the Lasting Power of Attorney, her attorney could make a will for her while she was alive. The answer is “no”.

We were asked what could be done, if anything, to ensure Jill’s children received a reasonable inheritance.

What if mum dies first?

The main asset, the house, was in joint names on a “joint tenancy” basis, as is commonly the case. If Jill died first, most of the estate would pass to her second husband, with Jill’s half of the house passing by “survivorship” automatically to Jack. Cash in joint bank accounts would also pass to Jack automatically. Jill’s personal effects would also go to Jack. Under the Intestacy Rules, after the share of the house, all the personal effects and the joint bank accounts, a further £250,000 of value would be inherited by Jack before the children could inherit anything. Even then, the rest would be split half-and-half between the step-father and the children.

In this case the estate was not large enough to guarantee that anything would be left to Jill’s children if Jill died first.

What happens if their step-father dies first?

But what if Jack dies first? He still had mental capacity and he had made a will. The contents of the will were unknown, but Jill’s children were assuming it left nothing to them directly. As they would not be dependents, they could not dispute Jack’s estate if he chose to leave them nothing in his will.

Their only hope (!) was that Jack would die first and leave a part of his estate to Jill in his will, and therefore if Jill died second, they could then inherit all of Jill’s estate when she died under the Intestacy Rules (there then being no surviving spouse to take the majority of her estate by that stage). Assuming Jack did not change the basis of the joint tenancy of the property, at least his half of it would pass by survivorship to Jill when he dies. It would not even be affected by his will.

Not a nice situation. This could all have been avoided if Jill had made a will at any stage after she married Jack and before she lost mental capacity later in life. She had many years in which she could have done so, but sadly kept putting it off. This is so often the case. 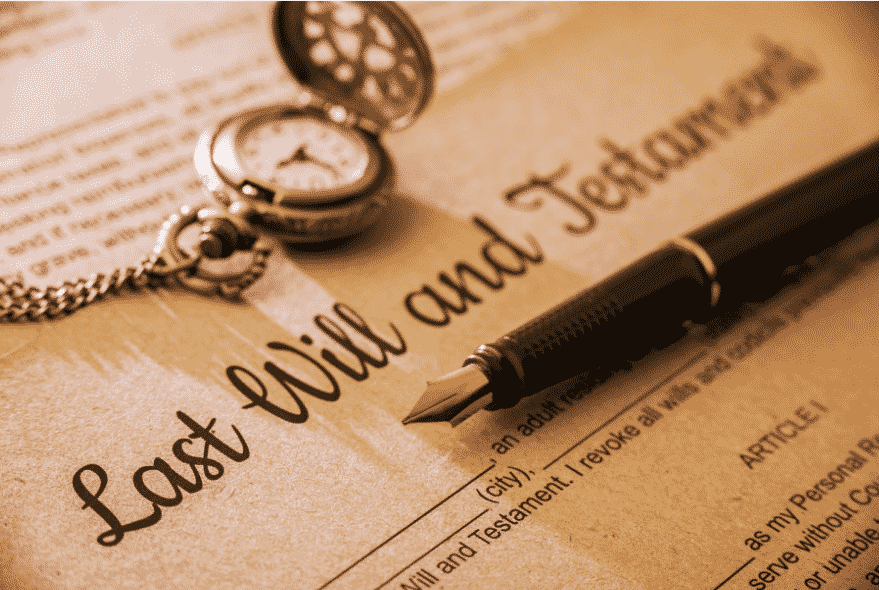 Technically, Jill’s attorney could sever the joint tenancy while she is alive. This would mean that if Jill died first, her share would not automatically pass to Jack. Also at least it would count towards his entitlement to the first £250,000 of her estate. If the estate were large enough, Jill’s children might then get something. There are however possible problems with the attorney’s doing this.

Firstly, the duty of the attorney is to act in the best interests of Jill. This action arguably gave Jill no benefit. Jack could therefore dispute it and the Office of the Public Guardian might reverse it.

Secondly, if Jack died first (and had not severed the tenancy himself before dying), then Jill’s attorney, having severed the tenancy, might make Jill miss out on inheriting Jack’s half of the house by survivorship, and potentially allow him to pass it to someone else via his will. Jill could dispute his making no provision for her in his will (as a dependent). However, this would inevitably lead to legal costs and distress for all concerned. All-in-all a non-starter.

How can you avoid such hardship for your family? Take Action.

So now you know why you should make a will. With Legalo’s great range of wills templates for single people costing £24.95 and for couples at £29.95, there’s never been a better time to get a will in place. You don’t have to have a solicitor to make a valid will. You can do it all yourself. The guide that comes with every Legalo will template will make it very easy for you to do. It will only take you minutes to have peace of mind.