Centrally located, Worcester is a city flanked by the River Severn, and dominated by the impressive Worcester Cathedral. Despite its relatively small size, with a population of just 135,000, Worcester has some interesting heritage.

This is the home of Lea & Perrins, the makers of Worcestershire sauce which transforms dishes from the mundane in to the territory of umami. It’s the place where the country experienced the last battle of the English Civil War. It’s also home to Berrow’s Worcester Journal which is believed to be the world’s oldest newspaper. 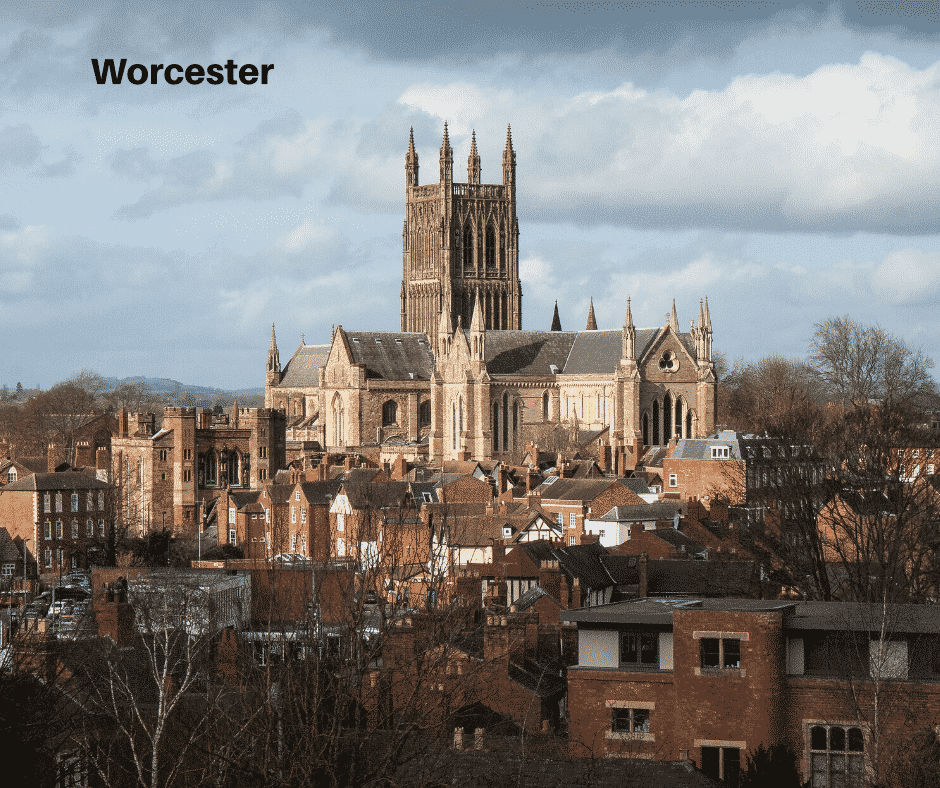