Southhampton is the most expansive city in the English county of Hampshire and sits on the Solent, forming the UK’s most significant marine and maritime hub.

Currently home to some of the largest cruise ships in the world, the docks of Southhampton have long existed as a major employer in this port city, along with the retail industry which has also experienced a surge in this area.

The RMS Titanic famously set off from Southhampton on its tragic maiden voyage in 1912. More of the Titanic’s story, as well as the sensational marine heritage of the city, can be discovered at Southhampton’s SeaCity Museum. 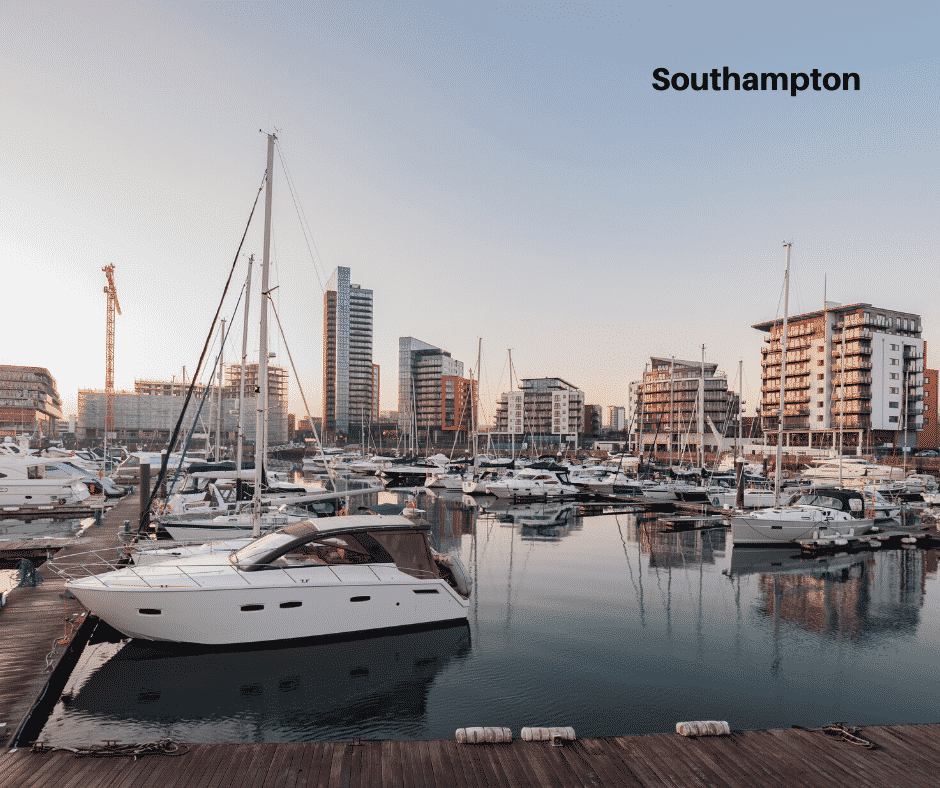